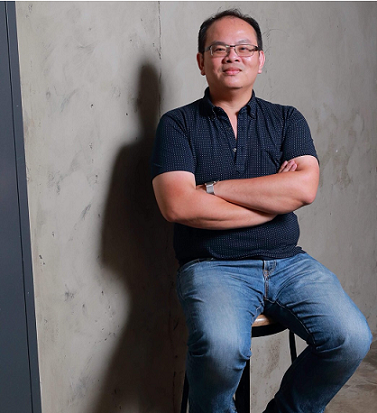 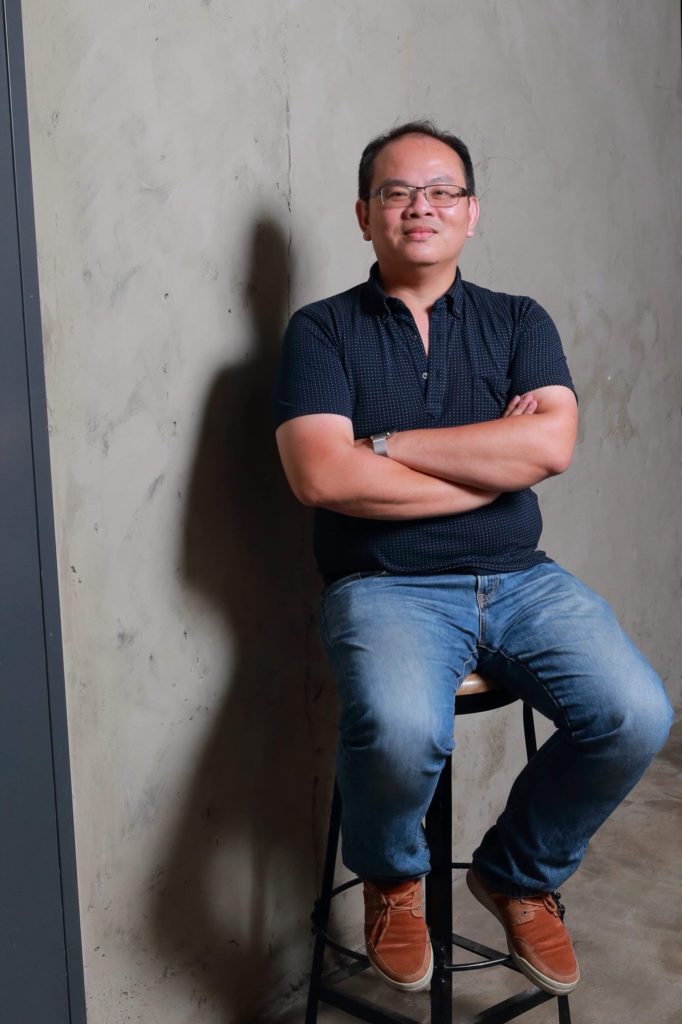 Certainly one interview is not enough to know all the work that BiiLabs does, while making this note, new material was appearing constantly. It’s right to say that BiiLabs is a startup focused on Distributed Ledger Technology, especially based on IOTA Tangle, which was chosen as one of the 6 most interesting startups in Taiwan.

I had the opportunity to interview Lman Chu, CoFounder & CEO of this promising Startup. Thanks to him and BiiLabs team, especially to Amanda Ye, for helping us to make this interview possible by crossing language barriers.

I hope you enjoy it, as I enjoyed writing this.

Lman, Tell us a little about you and your background?

My personal interest on the Internet and open-source programming started from my college years in the National Cheng Kung University (NCKU). I was fascinating in how much the new technologies could change our life ever. That was year 1993. And Linux was just created in two year ago, 1991. My earlier career included working in a Linux company from year 2000. Then I joined a hardware company from year 2003 focused on the embeded computing products. In year 2008, my senior schoolmate planed to establish a technology startup aiming for the US rail control system. I decided to join it and assisted to build the operation team in Taiwan.

To sum up, my career path has been a journey that makes me a cross-industial entrepreneur, expericing various industries among hardware, software and radio, etc.

When and how did you jump into the cripto world and Dlt´s?

Few years ago, I began working with Jim Huang, who is currently Chief Technology Officer of BiiLabs. We tried to figure out what would be the opportunity for a tech startup in the Internet of Things era. We did the research to learn the pain point of IoT developers. Then we realized that Blockchain might be the solution for the IoT world while everything is connected to each other.

How was your first approach to IOTA?

When we did the research of IoT, we found that perhaps the DLT and Blockchain could solve the transaction issues of IoT. However, the topology of Blockchain can not really solve the challenge. We tried to define the methodology and did the searching on the Github. Our team almost screened about 6,000 to 7,000 projects on the Github with Blockchain keyword.

Finally we found that IOTA might be the ultimate solution.

We started to do the homework and provided the contribution with the IOTA open-source codes, not just claiming that we will use IOTA. We took actions.

Why did you get into IEN, what does it mean for you to be a part of it ?

in first place, I met Jimmy, the founder of the IOTA CHINA community, and also Kevin, the founder of IEN (IOTA Evangelist Network, for its acronym in English). Jimmy approached me to be part of the IEN in July 2017. I shared our work experience of IOTA POC in Taiwan. After that, it was much more the help I received from the IEN, than what I was able to contribute to it. It is a global community where the experience of each one is shared when doing IOTA POCs and where we can know and discover the differences between countries. This is priceless for a startup like BiiLabs.

What BiiLabs is about and what tries to solve?

BiiLabs completed its application process to become a legal entity in November 2017. In advance, we did an investigation to IoT and IOTA in one year. That included the POC of air quality sensors. We positioned BiiLabs as a PaaS (Platform as a Service) provider based on IOTA Tangle. We believed that we could be like Red Hat to Linux so as BiiLabs to IOTA Foundation. Since we do believe DLT’s in IoT will be something essential, IOTA might be the right one for it.

Once this happens, we do not need everyone to know IOTA from scratch, instead they can use the correct PaaS as it happened with the cloud. A decade earlier, if people wanted to use the cloud, they had to learn a lot of knowledge from the cloud and build it from the beginning. Now you can use the cloud through AWS, GCP or Azure. BiiLabs is planning to accelerate the DLT for the world within our services.

To be honest, it is a surprise.

We were not aware of Fintech Hong Kong’s news article upcoming. I think that it means BiiLabs really did something impactful. We will keep moving forward.

Why did you prefer to develop your Startup based on IoT and IOTA over other tech based on Blockchain?

The answer is simple. The Blockchain concept is good for IoT, but the blockchain itself can not solve the challenges bringing from everything connected.

Scalibility and transaction cost will be problematic if people use Blockchain for IoT. IOTA can solve these problems.

In your opinion what are the advantages IOTA have over other cryptos?

These characteristics are needed in IoT.

We are not saying that IOTA is better than other cryptos. Different scenarios need different solutions. Each major blockchain has a challenge that need to be solved. IOTA is a good one for IoT.

Can you talk about the project of GDPR / TangleID management that you are working on for Taipei?

TangleID anchors information to a ledger but does not put the actual information in the ledger, that is called “Tangle” in this context. Furthermore, it uses unique pairwise identifiers to ensure that there is minimal correlation risk, that means you and Taipei services would have completely unique set of identifiers that are meaningless to anyone else. If you sever the relationship you just stop acknowledging that identifier.

Taipei managed to be one of the cities most open to the use, adoption and development of new technologies, sometimes it seems that this technological revolution offered by IOTA and the IoT is light years away from being recognized in Latam, how do you think we could help as a community to boost the adoption in this part of the world?

BiiLabs is always open for co-creation in different areas. I think the city of Taipei welcomes other cities to collaborate through Smart City and DLT / Blockchain. BiiLabs is willing to share experiences and be the communication channel of Taipei and its city.

Where do you see IOTA in about 5 years?

Definitely, IOTA will be something in the DLT and IoT world. We can not just say this but do nothing with it. The IoET (Internet of Every Thing) threats and opportunities are too huge and it needs more people to get involved with the challenges-solutions. We, BiiLabs, hope to work closer with IOTA Foundation and IEN to build up a brighter future.