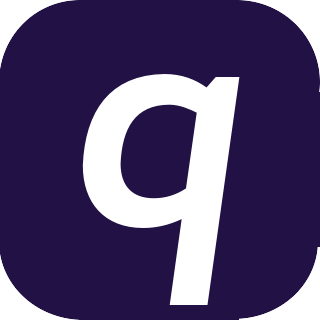 Since the Qubic project became known, many of us wonder what can be done with it.

In this context we find one of the first exclusive projects for Qubic, qubIOTA, that is why we contacted the person behind it to tell us a little more about what it is about and what other projects are currently working on.

Tell us a little about your background

I am 19-year old student of computer science in my second semester, and live in Germany. Currently, I am active in the IOTA ecosystem as community developer. The three large projects I am running at the moment are the IOTA Spam fund (www.iotaspam.com), QubIOTA (www.qubiota.com), and Qubic Lite (www.qubiclite.org). Ever since the IOTA Foundation released more information about Q, I have been obsessed with it. You might notice through the Medium articles I write every once in a while.

When and how was your first approach to IOTA?

As most people did and do, I came into this space through Bitcoin – this was in early 2017. I have known about it since 2015, but never really grasped the concept. Suddenly, however, the idea of trustless money was absolutely fascinating to me. One day in July 2017 I accidentally stumbled upon IOTA. Promising infinite scalability and zero fees, at first look I considered it just another scam coin. So I thought to myself: why not read the whitepaper – just for the giggles, of course. But as I did, I realized how genius the approach is, and how far superior it would be to traditional blockchains if it worked as intended.

Could you explain briefly what Qubic is?

Qubic is a protocol for distributed computing built on top of IOTA, which it utilizes to securely store and transfer data. With Qubic you can write computations – also called “qubics” – and let them be processed by multiple machines – individually called “q-nodes” – independently. If at least 67% of them come to the same result, this result becomes valid. You can connect qubics and let them interact with each other. Basically, Qubic is building a decentralized internet of computations. Yet, in contrast to regular smart contract platforms, you have a lot of open parameters you can decide. For example, your calculation does not have to be processed by the whole network, instead you chose exactly how many nodes do that. Instead of paying the entire network, you only pay those select few, ultimately resulting in considerably lower costs and higher scalability than blockchain based smart contracts.

Tell us about qubIOTA. What is it and how did you get this idea?

QubIOTA is a website trying to cover everything Qubic related. The main feature will be the QubicLab, which will allow you to write new Qapps – Qubic Applications – and monitor running ones. The idea is to make Qubic as simple and intuitive as possible. But it is more than that. Due to an inbuilt forum designated entirely to Qubic discussions and by giving developers the possibility to share their work publicly, a whole community is built around the project: users can exchange ideas and help each other. It’s quite funny, because what inspired me to do this was scratch.mit.edu, which does exactly that, but for programming beginners – especially kids – instead of Qubic developers. Scratch is how I learned programming, so I thought: why not apply this successful concept to other areas as well?

What is the project current status?

The QubIOTA forum is already available, so people looking to discuss Qubic will find a well-maintained place over there. Of course, everything is still brand-new, and it is lacking the network effect, so there is still not much activity for now. But I am trying to change that by making the QubicLab attractive to developers. Since Qubic is not abailable yet, I have been working on Qubic Lite, my own Qubic implementation. Both projects live in a strong symbiosis and support each other. Qubic Lite is now at a stage where you can create functional qubics, and has already been integrated into QubIOTA. That means that QubIOTA already allows you to write qubics, let them run on the Qubic Lite protocol, and monitor their results. And all of that online through an intuitive user interface. The core functionality is ready, although there might be some bugs here and there.

How do you imagine qubIOTA’s roadmap would be if you get access to funding?

Q-nodes will require payments for their service. To make Qapp development convenient, QubIOTA will pay these processing costs, allowing developers to test their qubics for free. This is what funding will be needed for. Additionally, QubIOTA might set up many Q-nodes themselves to increase the reliability of the entire Qubic network by making more processing power available – depending on the actual demand, of course. At this point I am focusing entirely on the development of Qubic Lite. Once that works reliably, I can switch back over to QubIOTA.

How would Qubic developers benefit from qubIOTA?

Everything that can be done through QubIOTA, can be done manually as well. However, QubIOTA manages and automates a lot of the background processes required when deploying new qubics. Moreover, it provides a graphical user interace, increasing the speed at which developers can perform their actions. QubIOTA brings all important pieces into one place, and connects them. You can use the same website for writing a qubic, monitoring and analyzing it during its lifetime, and even for discussing theoretical concepts and practical ideas with fellow developers.

What’s your opinion on the Ecosystem funding?

To be honest, the IOTA ecosystem is absolutely great! I really like the website, which gives you a quick overview of almost every community developer – and of course all the community members responsible for meet-ups, tutorials, blogs, etc. – and their projects. It is certainly motivating people to work on realizing their ideas. The funding could support a lot of interested highly skilled talents and allow them to spend more time and resources on IOTA, possibly turning hobbies into serious business endevours. I think that in the long-term this will have a huge effect on the ecosystem, and incentivice growth in many areas. As I see it, the community talents are the seed, and the funding is an extremely strong fertilizer. It’s only matter of time until we will see the fruits of all of this.