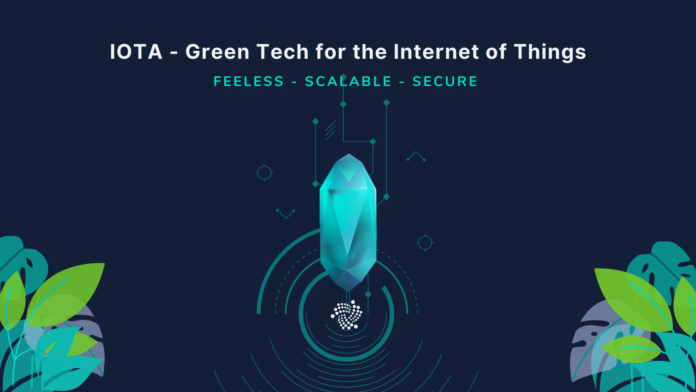 Why is IOTA one of the solutions that best fits the Internet of Things? IOTA was born back in 2016 thinking about finding a solution to the problem presented by the traditional Blockchain if it was to be used massively.

The underlying characteristics of the Blockchain make it an inefficient protocol for interconnectivity between devices or for sending small amounts of money due to high fees per transaction, lack of scalability, network congestion when there are many transactions happening at the same time and last but not least, the controversial point of environmental pollution due to miners.

This last point was highlighted by Elon Musk in a tweet in which he said that Tesla would stop accepting Bitcoin payments because of the carbon footprint it left due to the high energetic expense consumed to make the Blockchain work.

IOTA and the IoT

IOTA was born with the clear mission to connect millions of people and machines through a decentralized protocol and without fees, IOTA already had a vision for the future. It was being prepared to be the standard protocol for the Internet of Things (IoT).

Some problems of the conventional Internet for the IoT

Let’s back up a bit and see why alternative technologies are being considered for optimal use of the IoT. According to studies by the firm Statista, around 75/100 billion connected objects are expected in the world by 2025, an impressive growth compared to 2015, when they reported 15 billion connected devices.

Consequently, Jeremy Rifkin in one of his books invites us to think that in the face of the growth of interconnected devices and the era of IoT (Internet of Things), conventional systems are not the most suitable for deployment because they have drawbacks of various aspects, some of the most important are privacy and the ability to support such a large number of connections.

According to a report at The Economist, until a few years ago, the most widely used protocol was Internet IPv4, which only allowed 4300 million unique addresses on the Internet, so there would be few free addresses to connect billions of things to the Internet, since approximately 2000 million of these addresses are already being used by people on the network. However, this problem has been addressed by creating a new version of the IPv6 protocol that expands the capacity to about 340 billion addresses.

Despite this apparent solution in adapting the capability of the Internet to support larger numbers of IPs, there are still other issues to be addressed for a full IoT deployment. Questions such as:

Immediately after reading about this, new emerging technologies and protocols such as Distributed Ledger Technologies (DLT) come to mind as an answer and solution to the questions mentioned above. But let’s see that not all DLTs are the same, or provide the same benefits for the IoT or the machine economy.

Let’s find out what a DLT is

Let’s start at the beginning, what is a DLT? It is a database or data registry in which copies of the same information are stored in several devices avoiding centralization. This system can be public or private. The fact that the data in a DLT is managed by several participants and needs consensus to work, makes this system difficult to manipulate, preventing any type of fraud or hacking to the network.

We currently know three types of Distributed Ledger, and we can define them by separating them into 3 generations. Although the first 2 are the most popular, we will review the difficulties that would represent its application to the IoT world and why IOTA would be the protocol that finally meets the needs of a Distributed Ledger (after Coordicide): secure, scalable, decentralized.

The first and second generation are conformed by Blockchain and Ethereum respectively. Both technologies use Proof of Work (although Ethereum is looking to change to Proof of Stake), a system that seeks to demotivate and difficult unwanted behaviors such as DDoS attacks or spam. Proof of Work in these two cases are necessary to add new blocks to the blockchain. Here appear the miners who are in charge of executing the proof of work required to solve a cryptographic problem. As this process has become increasingly challenging, miners need hardware with high computing power that guarantees to solve this cryptographic problem that will make their block chosen to join the chain and therefore be able to earn a reward.

This process brings the following disadvantages:

This is where IOTA sets the difference as it works on a different network than blockchain. All of blockchain’s inherent features here work in a totally different way.

Generally speaking we could say that IOTA is a Distributed Ledger Technology (DLT) that allows devices running on the IOTA network called Tangle. With IOTA you can perform micro transactions and sending data in an immutable way.

Its main features are:

These features makes IOTA the ideal protocol for IoT as it provides a layer of trust for any device that is connected to the global Internet. Both data and valuable tokens can be exchanged on the IOTA network. As it does not use miners to approve transactions, it has no fees and the power consumption is totally low compared to previous generations of DLTs.

One of the questions we were asking at the beginning of the post was the problem with using the internet for IoT and the lack of data protection this would present.

In the era of the Internet of Things it is important that we have confidence that our data is kept protected. Unlike Blockchain, we saw that IOTA uses a non-linear data structure called Tangle which makes it fee-free and much more scalable. The Tangle also facilitates fee-free data transactions, such as DID registrations and credential revocation. As a single source of truth and trust in data, the Tangle can provide the infrastructure for trust in a highly interconnected world.

These are the Digital Identity solutions that IOTA addresses

Identity Of Things Devices have an identity that proves their capabilities, specifications and authenticity to enable others to feel secure in transacting with them.

Self Sovereign Identity People have a borderless digital identity that can be verified by anyone or anything in the world.

Regulatory Compliance Organizations can use digital identities to follow regulations like GDPR in a more cost-effective way.

IOTA is working to help approach privacy and trust concerns on the Internet through an IOTA Identity protocol. The IOTA Foundation Identity Protocol, based on W3C (World Wide Web Consortium) standards, will allow objects (machines), organizations and individuals to have their own identity online in a self-sovereign identity (SSI) framework. This will enable complete control over a digital identity – without the permission of an intermediary or central party. It also allows control over how personal data is shared and used.

You can read more about IOTA Digital Identity in the following blog posts:

Last month an upgrade of the network called Chrysalis took place. This upgrade led to the removal of some features that IOTA had since its conception that were not optimal for its functionality. This network upgrade translates into improvements in the performance of the protocol in terms of, for example, energy consumption, which improved by 60%. Compared to Bitcoin, which runs on the Blockchain, IOTA can perform 600 million transactions and consume the same energy as a single Bitcoin transaction.

You can send 600 million #IOTA transactions and consume the same power as one #Bitcoin transaction, and you pay no fees.

The future of digital money is not Bitcoin. It is projects like IOTA.https://t.co/Fn0uiKKic1 https://t.co/qnhkc2ZvH3

Due to the network upgrade and the transition to binary (as opposed to ternary) logic, as well as the use of Ed25519 signatures instead of W-OTS, IOTA was able to reduce much of the computational load that HORNET nodes need to keep the network alive.

If we look at the energy consumption of conventional systems such as VISA or Mastercard, which perform an enormous amount of transactions per second around the world, IOTA uses less energy than these systems in comparison.

ill leave a picture below with some easy statistics. Also, #IOTA uses 0.000000002% of the energy use as Bitcoin does. It can send 1.5 billiom transactions for the energy used for 1 Bitcoin transaction. No wonder Intel, Dell, Bosch and the rest is joining it to be standardized. pic.twitter.com/7havuHoWkH

In today’s post launched by the IOTA Foundation “Energy Benchmarks for the IOTA Network (Chrysalis Edition)” you can read about the energy usage of IOTA in detail, a comparison is made between the parameters used Pre Chrysalis and Post Chrysalis

“In IOTA Pre-Chrysalis, the Minimum Weight Magnitude (MWM) determines the computational load required for the computation of the Proof of Work. For each transaction, an average of 3^MWM hashes needs to be computed to find a valid Nonce. Currently, the Pre-Chrysalis Mainnet uses MWM=14 (i.e., 3^14 = over 4 million hashes).

In post-Chrysalis IOTA, we now have variable length messages and the PoW adapts to the message length. A new parameter called PoWScore replaces MWM. A PoWScore of X means that for each byte of the message, X hashes must be computed on average until a valid Nonce is found. The current Alphanet uses a PoWScore equal to 4000 (i.e. 4000 hashes / byte).”

“On a conceptual level, blockchains and DAGs have some similarities. Both are distributed ledger technologies, which allow users to obtain eventual consensus over the state of a ledger, in a decentralized manner. However, they do differ somewhat in their underlying mechanisms, and more importantly, have some key differences in their scaling properties and their potential use cases”.

Just finished the pull request for "multiple parents" in #iota.go.
Next step: Implement the needed changes in the #hornet code.

Some projects using the green and decentralized IOTA Technology

IOTA has come to transform the field of Distributed Ledger Technology by having set its vision to help connect billions of people and machines through a decentralized protocol, without fees and also thinking about having the smallest possible carbon footprint. With the arrival of Coordicide, IOTA will certainly be the standard protocol for IoT, which will solve the basic problems of conventional systems, providing security and scalability in a world where millions of devices will work interconnected and the best, without having to pay fees for using it. 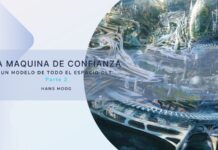 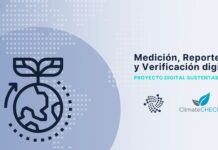 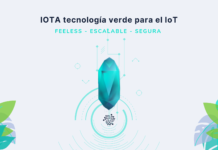 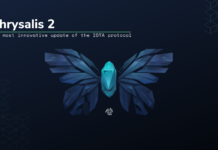 Chrysalis 2: The most innovative update of the IOTA protocol 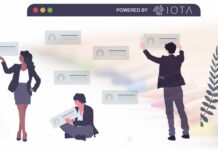 IOTA Technology in a Smart Wallet for Jaguar Land Rover

IOTA Tangle Technology and the Future of the Supply Chain