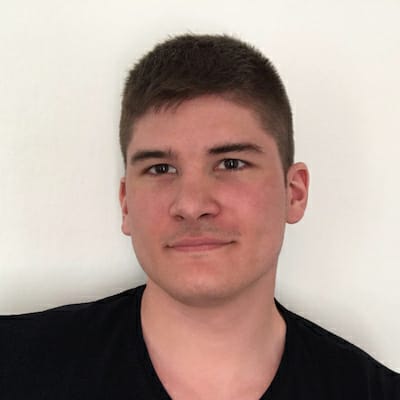 Mathieu Viossat is the creator of thetangle.org, one of the first and more popular Tangle explorers in the web.

Let’s get to know what is on this guy’s mind and how exactly does an explorer works.

Tell us a bit about your background.

I grew up in the French countryside. I was about 11-year-old when I started to write my first HTML pages and compile some basic C programs. I always wanted to create things online and was involved in many projects, from illegal subtitle team to SaaS applications, usually as leader or solo. I quickly became very interested in software development and decided to do an IT engineer school after my graduation, despite I learn as autodidact.
Immediately after my master degree I moved to Dublin to work as a software engineer.

After 3 years there I switched to new projects, all around DLT.

What’s the story behind your approach to DLT? When did you discover them?

The first time I have heard about Bitcoin was in 2011 on a small IT website, the title of the post was something like “Bitcoin, a digital currency reached parity with US Dollars”. I read the common technical things about Bitcoin, installed the original client on my laptop and tried to mine few hours… without many luck.
In 2013, I became a GPU miner. I learned many things, involved some friends, a real passion. It was a really great time… until Mt.Gox collapsed and the beginning of the ASIC centralization. I had some ideas and created several projects around DLT, but never found something really interesting until TheTangle.org.

I discovered IOTA shortly after its listing on Bitfinex. I fell on the official website (the old one, the fancy, heavy and dark one) and ask myself “a scalable and feeless DLT without miner?”. I was intrigued in the technology, wanted to understand how it work, so I joined the Slack community, experimented the wallet (the old one again, not Trinity) and started running my own fullnode. Still interested in the non-blockchain approach, I wanted to build something with IOTA. IOTA is also IoT-focused and I deeply think the next big think is about AI and IoT.

TheTangle.org was one of the first Tangle explorers, tell us how this idea started and what was the stack you used to develop it.

As I’m using cryptocurrencies for years, I know how blockchain explorers could be useful. But when I got interesting in IOTA, there were no Tangle explorer (the IOTA version of a traditional blockchain explorer). I talked to my idea to Nicolas, a developer
friend I work with. He liked the idea, so we started to work on the project at the
beginning of July 2017. A month later (August 13th) we put the project online and I posted the link on Slack.

Technically, TheTangle.org is mainly developed with JavaScript. The frontend is a single page application which sends queries to the backend and the nodes proxy. We adopted a serverless and micro-services architecture deployed in a Kubernetes cluster. How would you describe in ELI5* language what a Tangle explorer do?

A Tangle explorer is a tool to easily browse the Tangle. You can track your balances without having to open your wallet, check someone else’s transactions, get some statistics about the Tangle and so much more. It usually displays low-level data but also interprets them to give you additional high-level information.

Tell us a bit about how did you managed to avoid data loss on snapshots.

Data loss after snapshots is something many users hate, sometimes used to fault IOTA. But this is a misunderstanding of the vision. The Tangle is an asynchronous feeless permissionless ledger, the aim is not to store immutable data forever by paying fees. I had different ideas to prevent the data loss on snapshots. Some were very tricky, some would require too much maintenance, etc. I think we have found a good implementation which allow the explorer to don’t care at all about snapshots by don’t relying on the IRI (the current official IOTA fullnode implementation). It is called a permanode because it acts as a node which permanently keeps the data. The difficult thing is to provide something fast and fault-tolerant, however a simple fullnode with a large storage would do the job. But our users have to understand the oldest data in the permanode will one day be removed from the explorer. However, businesses who need old data will have an access to another solution we are developing.

As we speak there is yet not open source code for mounting a permanode. Do you think the IOTA Foundation should take care of this or is it just something people/companies should adapt from the IRI code?

There is no incentive for a regular user to mount a permanode. Our implementation has
the defect of being heavy. I know IF and few community members are working on a simpler implementation.

Statistics are very important to explore the tangle. Did you think on any improvement on this field in order to get better performance with
thetangle.org?

I love statistics and would like to implement the similar charts we can see on regular blockchain explorers. But that’s currently not the priority. Also, as the Tangle has a relative state, that’s more complicated than with traditional blockchains. For example, let’s take a “Daily number of transactions” chart. Should unconfirmed transactions be included? If yes, should invalid transactions be also included? What happens if a side-tangle built for days is broadcasted and confirmed?

Recently tips selection algorithm changed and the network got to peaks of 34 CTPS. How far do you think we are of a stable network that can take the best advantage of the 1*2 validation factor?

The tips selection algorithm is the most important thing of a fullnode implementation.
This is where the consensus will be built in a Coo-less Tangle. The core developers have done a really great job with the new one. It depends what do you call a stable network. I think the network can’t be considered as mature until we get a truly decentralized permissionless network, so after the transition to a consensus without the Coordinator.
To achieve that, we don’t need spammers or FPGA, we need adoption.

Do you think Trinity wallet should include some sort of explorer functionality?

Wallets are a crucial part of the ecosystem, they are the bridge between the DLT and the end-user. That’s easy when the end-user has some technical skills, but hard for mass-adoption. That’s why so much effort has been put into Trinity, the new official IOTA wallet. People pay by card because the user-experience is ridiculously simple. No heavy coins, no change to calculate/take back, no loss of fund when lost, just one light plastic card. When you pay by card, you don’t want to think about the complicated things happening behind the scene. When you make an IOTA transaction, you don’t want to care about promoting/reattaching, verifying the address checksum etc. The transactions history of Trinity is already a kind of explorer. I think Trinity should only include what the end-user really needs. Trinity does that very well, it takes care of promoting/reattaching in the background and don’t show low-level information like trunk and branch transactions.

What’s thetangle.org status in terms of development, is it an active project with coming features?

I know the development may look quiet from outside. But it’s actually active, I have many ideas to improve the experience and create new services. I recently set up a group of beta-tester which can test incoming high-level features before production releases. I care about the feedback from the community on Discord and small changes are usually deployed the same day. If you have feedback or an idea to improve the services, just drop me it on Discord. At the moment, we are working on optimization and few backend improvements. The next incoming visible features is probably the ability to promote/reattach transactions from the explorer. I also want to quickly release a tool to rate pending transactions to know their chances to get confirmed or not (that’s the way to go for a Coo-less Tangle). Unfortunately, our resources are limited and I’m not working full-time on the project. It is also an everyday work to monitor the application to provide stable services.

What do you think about Qubic? Do you have some ideas for implement this concept in your explorer?

I don’t exactly know what practical form Q will looks like. But for sure we will implement it as much as we can into TheTangle.org. Anyway, I closely follow the progression of its development and looking forward to see what we will do with it. 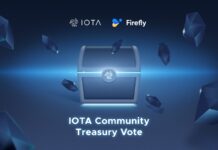 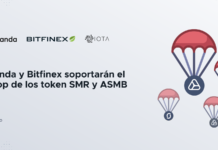 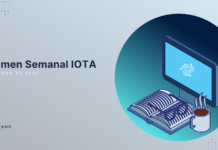 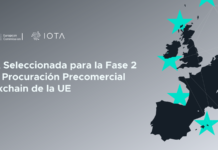 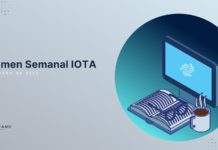 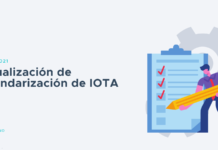 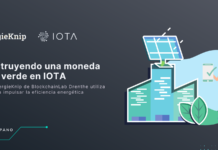 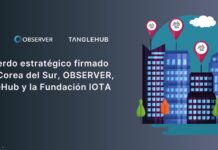 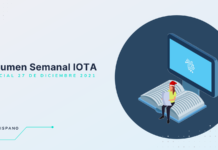 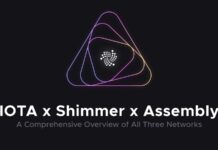 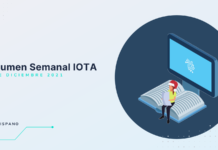 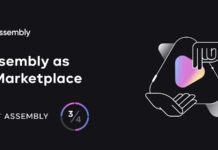