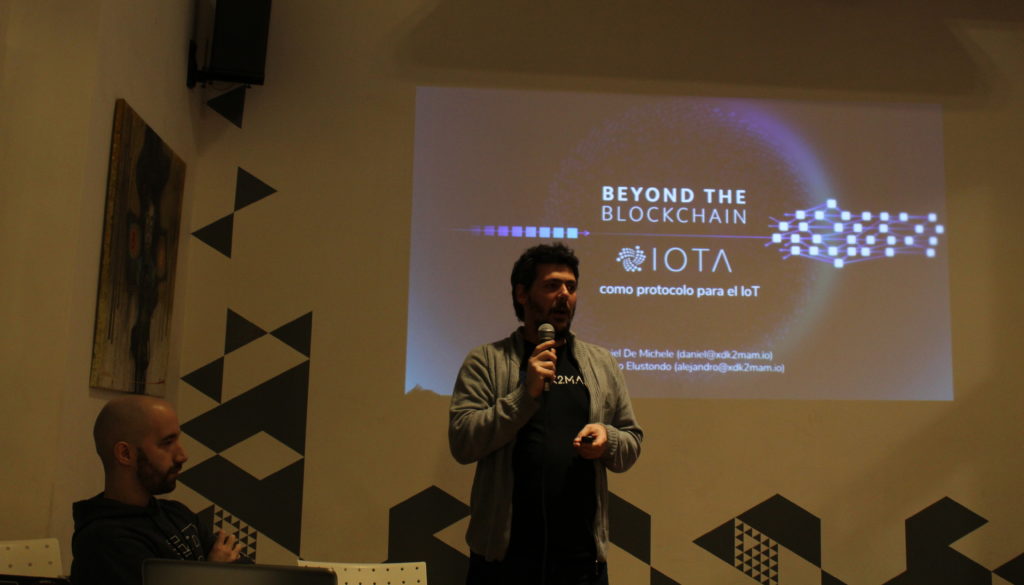 Daniel De Michele (Carpincho) and Alejandro Elustondo from XDK2MAM introduced IOTA in the Cardano/IOTA/EOS/Monero Meetup hosted by the NGO Bitcoin Argentina this past Friday 24th August.

The NGO Bitcoin Argentina is working with DLTs since 2013 and this invitation was a good opportunity to introduce IOTA to a blockchain-minded audience and also share space with other DLTs developing different solutions in this region, such as Monero, EOS and Cardano. Bitcoin has a huge online community in Argentina (Facebook Bitcoin Argentina group has near 40 thousand followers) and IOTA has often been subject for a lot of -positive and not so much- criticism. So this was an instance we could not let go in order to explain fundamentals, this project Proof of Concept state and, specially, answer a lot of questions.

The goal was to introduce the Tangle as the new and revolutionary data structure it is, the proposed consensus model and to show the work being done by XDK2MAM to decentralize Bosch XDK 110 sensor’s data via Masked Authenticated Messaging (MAM). The idea of showing our project was simple: one transaction on the Explorer with all the sensor’s data in the Tangle would worth more than a million words. And it kind of did.

Outcome and next steps

We were pleasantly surprised by the audience reaction and enthusiasm regarding this new way of decentralizing information designed for the Internet of Things. In fact, we exceeded our presentation + Q&A time by 15 minutes answering questions about different aspects of IOTA, Internet of Production and XDK2MAM. Afortunally, we had time after the talk to speak with lots of people working in other projects and made some strong contacts for what’s coming. 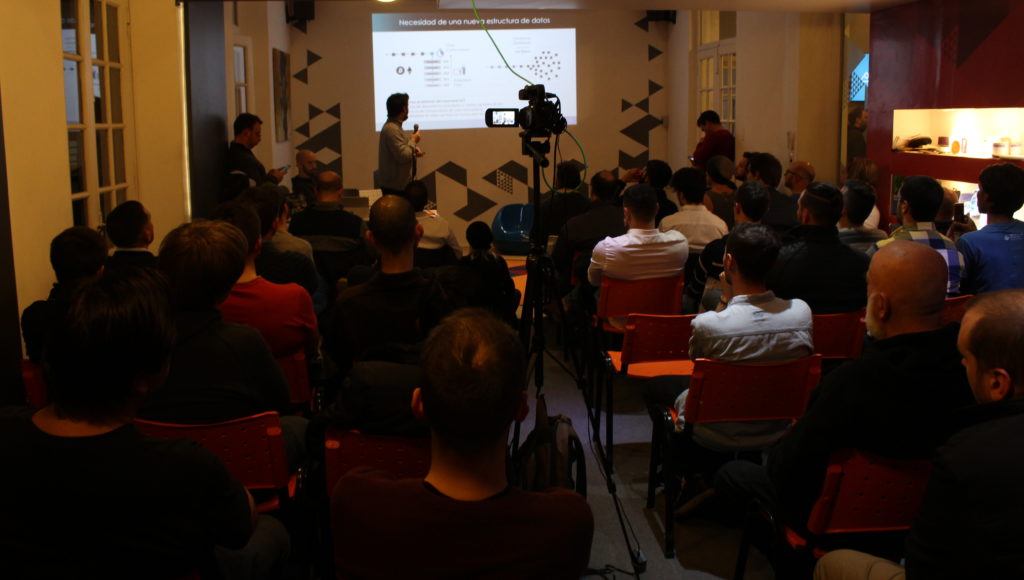 We strongly believe that XDK2MAM must not be only about coding solutions. IOTA is just too new and a lot of work to raise awareness about the scope and possibilities of this project as a protocol for IoT is needed. Therefore, we will be giving as much workshops and talks as we can.

Our next dates are:

Finally, after some research on the Datamarket, we are proud to announce that we are now listed together with all the participants and have verified that XDK2MAM HTTP code is fully compatible and ready to use with DMP template.

We are testing XDKs in Buenos Aires and Entre Ríos while we develope our own template that should simplify the process of start streaming data.