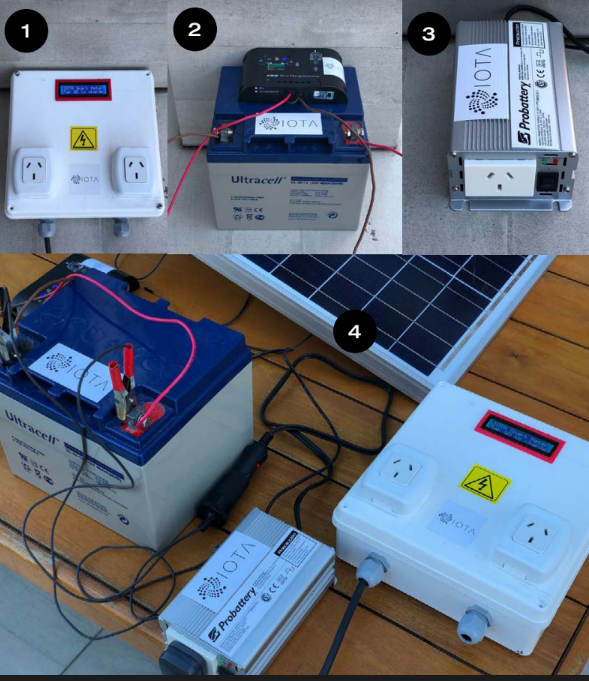 Nicolas Schteinschraber and Federico Gonzalez are two developers from Argentina. They applied their project Circular Energy Management in the contest The Perfect Brainstorm launched by the IOTA Foundation and of the 210 participating projects, they managed to get the 3rd place.

We are pleased to meet Nicolas within the IOTA Argentinian Community for being one of those who knows more about Flash Channels in Argentina and was participating as a speaker at the last IOTA Meetup Bs As, together with Serguei Popov and others.

We were able to interview both of them and got to know a little more about this interesting project chosen by the IF as one of the winners.

Please, tell us about your background

FG: I’m currently Creative director of Experience Design at R/GA . My background is working in innovation for products and services, I’m a product designer with expertise in UX and design thinking, previously and entrepreneur, previously an artist.

NS: I work with emerging technologies, my day job as Lead Engineer, Applied Sciences at R/GA is to research and understand new tech as it comes around, see what really is behind the buzzwords and what isn’t, find out what it works for and how it can be applied for different use cases and industries by developing working PoC’s.

We collaborate closely to find the right match of tech and creativity that allows higher levels of experiences.

Why did IOTA catch your attention?

At first what caught our eye was the feeless transactions together with the fact that it was meant to be used in both M2M (Machine 2 Machine) communication but also payments. Since it was made for IoT scale and DAG based, also posed as the blockchain killer, “The blockchain without the blocks and the chain”. it was tempting to say the least, we wanted to find out how this would work as a platform rather than as only a currency. 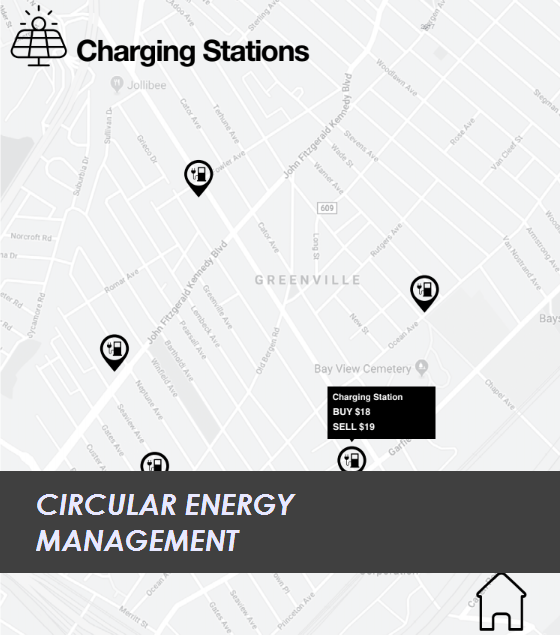 Urban commuting has increasingly become electric, with scooters and bikes being made available to the community via rental and sharing services. The problem of this sharing economy, is that once the bike or scooter runs out of battery, they are often times left on the street or even dumped into rivers or trash cans. This means that the solution to an urban problem has created a new one. To make sure that these scooters are not dumped after the battery runs out, and that the person on the scooter will actually arrive at their destination, Nicolas and Federico proposed a charging station network for power charging. Not only will it be possible to purchase electricity with IOTA micropayments, but the charging station itself can purchase energy nearby, creating a local prosumer economy. People in cities can also setup these charging stations to earn money — creating a completely new model for a sharing economy.

Although we were able to read a little about your project, tell us a little more about it?

We want to democratize the access to clean energy. We believe there’s still a lot to do in terms of decentralized energy generation. Although there the market is pretty small, we are sure this is a trend that is here to stay. These challenges open other kind of opportunities along the way, such as energy transportation and saving, the logistics behind them will be the key to the future, that’s why the prototype as a stand alone project is just a first step. Our main goal is the open platform behind it, to deliver the best in class energy service.

I imagine that one possibility to your solution is to use flash channels. Is the study of FC what led you to the idea?

We knew Flash Channels (FC) were a good solution for multiple micropayments in a short period of time, paying for resource streams and also there were already some EV Charging PoC’s around using FCs. We started working on a higher level of abstraction, we needed both communication and payment channels, and knowing MAM (Masked Authenticated Messaging) and FCs already covered that area there wasn’t that much of a discussion on what to use, rather how we were going to use them. Users paying for the energy at the Charging Station (CS) was the first FC usage we thought of. Communication between CSs was what first brought MAM to the table, but then we added the possibility of CSs to buy and sell energy among themselves and that introduced one more use of FCs. Now there’s multiple concurrent FCs selling energy but also balancing our CS network supply & demand through MAM.

Do you think Iota is the best solution for the project proposed in The Perfect Brainstorm?

We don’t know if it is the best, but we believe it is a great one due to MAM, FCs and feeless and fast features. Moreover there are a lot of features that we want to add that require what Qubic is bringing to the table, meaning there is still room to grow and keep learning.

Do you see the implementation of your project as being feasible in the short term?

That will depend on whether we can create the right synergies with different players. But in the end, it might not be this project that prevails, maybe not the network of charging stations but something totally different. Who knows? What we are sure, is that there’s a clear direction where some interesting startups are heading and we want to be part of that future.

Are you working on other use cases or solutions using Iota or DLT’s?

We’ve analysed a few other alternatives and some of the features can be implemented as a DAO (decentralized autonomous organization) with smart contracts on a blockchain, but for now we are focusing on the feeless transactions that power MAM and FCs.

How do you plan to continue working on these kinds of projects?

We want to build a few alpha prototypes and test them in some key areas, while simultaneously working on the open platform. To be honest, the prototypes we made are almost only necessary to gather data of the charging process and both energy and money transactions. We need that info to develop the platform that will power the real deal, ready for other energy prosumer players to join.

How do you see IOTA in the near future?

The strategic partnerships that the IOTA Foundation is getting and also the level of hires they are making paint a bright future for IOTA, at least from a technology standpoint, where plenty of IoT use cases are already in the works and more will be possible once full Qubic features get out to the public.

Would you like to actively participate in the IOTA Foundation or do you prefer to participate from the community?

At this point in time we are open to active collaboration with the IOTA Foundation or other open source projects that can boost or expedite our progress, contact strategic partners and help us get the PoC into a real life pilot but more importantly share our vision.

How do you see the IOTA community in Argentina and Latin America at the moment?

There’s been a lot of momentum around LATAM and particularly Argentina regarding both open source projects and integrations, but also the community that is growing exponentially with recurrent local Meetups, super interesting conversations around groups and forums, really welcoming people for newly interested IOTA fans.