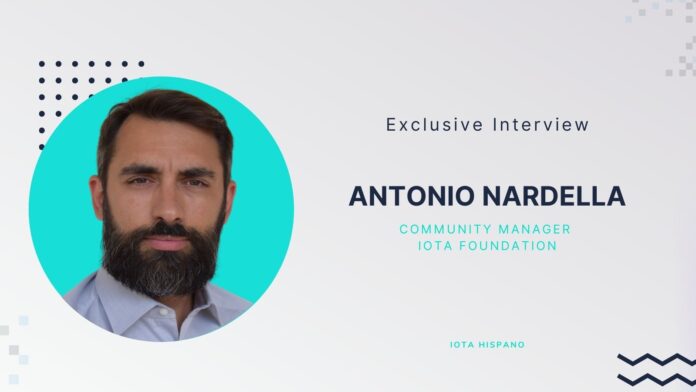 Well, we must tell our readers that this is not the first time that Antonio very kindly gives an interview to IOTA Hispano. At the end of 2018 I also conducted an interview with him, but at that time he was not yet part of the IOTA Foundation. Many things have happened since then, and Antonio has carried his role within the IOTA Foundation with great success, becoming a great reference for the entire IOTA Community.

That is why today we have Antonio as an interviewee in IH, to tell us a little about his life, how has been so far his experience being part of the Foundation in this role that he has to fulfill.

– Hi Antonio, how are you? Antonio, refresh our memory and tell us a little about yourself, where you are from, your current life and your professional background.

Hello Gabi. Thank you and the IOTA Hispano team for this opportunity. I was born in South Tyrol, the northern region of Italy, where people have the opportunity to learn and speak German and Italian and am happily married with two wonderful children. I am a geek at heart and was introduced to the world of FOSS (Free and open-source software) by a dear friend of mine around 1998 and have around 30 years of experience in the IT sector gained by working for several companies in my hometown, Bolzano, from marketing companies to research centers and even in the HO.RE.CA industry.

– How was the change from being an active member of the IOTA community to being part of the Foundation?

Following my discovery of the world of Bitcoin around 2011, I set myself the goal to work in the crypto-industry, one way or the other. In 2017 I felt that the concept of IOTA to become the protocol for the future machine economy was, and still is, the most inspiring.

Becoming an IOTA Foundation member at the time was for me a pretty straightforward process that was pretty common in the industry. I responded to the opening as Community Manager that was posted to the IF’s website by sending my curriculum vitae, then there were two calls and as usual the wait for an answer that, as you can see, ended positively.

– Tell us a bit about working for the IOTA Foundation? What specifically does your role involve?

Coming from a relatively small city like Bolzano with around 100.000 inhabitants also the working environment is relative to the region, there are very few highly innovative organisations, thus working with the IOTA Foundation has been so far a very unique experience in these regards. Being a digital native myself it became pretty easy for me to adapt to the decentralized structure and proactive and goal oriented way of working.

In my role as community manager I define strategies that foster the IOTA community, enable initiatives for community members and newcomers and facilitate members of the IOTA ecosystem with their initiatives.

– We know that there is a part of the community involved more closely with the development work carried out by the IOTA Foundation. Can you tell us about X-Teams? can you tell us what it is about?

That is correct! In May we celebrated the anniversary of the IOTA Experience Team initiative or X-Teams in short. In May 2020 we felt the need to close the gap between our passionate community members and the IOTA Foundation members, so we brainstormed the initiative and launched it.

The IOTA X-Teams is a group of dedicated community members that work together with members of the IOTA Foundation throughout different stages of development. This series of initiatives strengthens collaboration with our passionate community and paves the way for IOTA to have the best developer experience in the DLT and IoT space.

The framework around the X-Teams enables community members to get together and participate closer with IOTA Foundation members on different projects and topics to share their experience regarding IOTA’s vision. They contribute to the development, adoption, and outreach of individual IOTA projects. Defining goals and contributing to them at their own pace, meet people with similar interests that aim to solve related problems, team building, and being an active part of IOTA’s future.

Together with IOTA community members, we kicked off ten X-Team initiatives that span from IOTA building blocks like IOTA Streams or Stronghold to 100% community-driven initiatives like IOTA Identity or Simplify IOTA. An example: given the established trust between X-Team members and the IOTA Foundation it was possible to involve them in closed testing of the Firefly wallet and avoid leaks of information.

Everyone is invited to the IOTA Experience Teams and to bring their personal and professional experience to enrich the building blocks.

Thank you for this question, what I can say about the IOTA community is that it is very diverse and covers the whole spectrum of the crypto space, from people that are more interested in the speculative possibilities of the token to very industrious and entrepreneurial buidlers that take things into their own hands to become part of the change that IOTA wants to enable.

So far I have been a participant in other open source communities and one thing is clear, the closer the project founders are the more activity is seen in the community. One big difference with the IOTA project is the presence of the IOTA token, which is an intrinsic motivator that drives people’s participation and this factor has it’s positive and not so positive impact, depending on how the unregulated and unpredictable cryptomarket behaves.

One thing is clear, the passion is palpable and the decision for a greener, self sovereign and secure future is part of the strength of this community.

– How has been your experience as part of the IOTA Foundation this year considering all the changes IOTA has undergone? How is it to deal with the community (which we know) is really enthusiastic and also very demanding?

The IOTA Foundation and its members are growing together as an organisation and also as people. Part of this is also making errors, admitting to them, changing paths and correcting processes. All this is necessary to find the most appropriate way to work together and move together towards the set goals. To achieve such an innovative and world changing vision through research and development is very different from building a solution to a very known problem. It requires courage, strength, focus and a team that goes above and beyond, and to quote our co-founder, Dominik Schiener, it is fundamental to be directionally correct, as all the ecosystem surrounding IOTA is charting uncharted territory.

As someone that is not directly involved in the engineering part of IOTA it was mesmerizing to witness my colleagues working so hard to deliver Chrysalis. The focus was completely shifted on completing the new architecture: a very fluid and solution driven organization of tasks, partially asynchronous communication ranging over different time zones, assembling the digital bits and pieces of the protocol, ad hoc cross-department collaboration to deliver the Chrysalis upgrade that made IOTA a highly performant and easy to use DLT protocol – with a minimal energy footprint and without transaction fees. This is something that I have rarely seen in my past employment.

As I said before, the community is very passionate and let’s be honest the speculative aspect of the IOTA token enables emotional situations that can might have a negative impact on some community members, but also become a very positive motivator for those community members that really want to change the world and start building with a unique DLT like IOTA. Constructive and eloquent criticism is the best way to express discontent and enable growth within the IOTA community. As a community member, taking the matter in your own hands is the possibility given the open source and permissionless nature of the IOTA building blocks.

– For the launch of Chrysalis you made a closed stream of a few hours to accompany the community that was waiting for the transition to be completed, what do you plan to do for when it’s time for the launch of Coordicide? We know there are some interesting ideas!

For Coordicide my idea of a plan, as there is nothing defined yet, would be to have a 24 hours stream to celebrate with our international community. It would be awesome to be able to get engaged community leaders from around the world to pass on a virtual baton and lead the stream for one hour or two and talk about their communities, how they got together, talk about their members, their achievements and what they are building and how they envision the future of IOTA.

So, if you are a community leader in a country, let’s get in touch and start a working group to make the Coordicide party, reality!

– Do you have any anecdotes or remarkable/funny experiences you’ve had in your role as Community Manager?

There is an agreement between me and the DACH (Deutschland, Austria and Swiss) community. Once Coordicide is online I will get rid of my beard.

– Can you tell us, as a personal opinion, how do you see IOTA in, let’s say, 3 years from now?

For me IOTA is on the right path to become a standard layer for everyday communication between systems, machines and people alike. This is only the beginning. A leaderless, fair, decentralized, permissionless, standardized and feeless DLT as base layer for projects is changing how people perceive IOTA. The addition of Smart Contracts and digital assets will make it a fundamental tool in the toolbox of companies, buidlers, hackers and revolutionaries to change their and our world for generations to come. Once DEXes (Decentralized EXchanges), DAOs (Decentralized Autonomous Organizations), SSI (Self Sovereign Identity) projects, NFT Marketplaces and all kinds of dApps will demonstrate that IOTA is uniquely positioned to build business models where the project is not going to be jeopardized by fees at protocol level or is at mercy of a centralized smart chain. The community members that go past the short term speculative aspect of the token are grasping this vision and are going to see their efforts become reality.

– Do you want to say something to the community that maybe we haven’t asked you?

I often say that every contribution counts and it is the truth. Everyone is invited to share their skills or do what is in their power to broaden the reach of IOTA.

It can be as simple as translating a post by IOTA on LinkedIn to your native language using a translating service like deepl.com or Google translate.

Supporting the community initiative around the upcoming wiki by collecting and providing links to interesting articles, guides about IOTA.
As an artist you can try out the community driven NFT Marketplace and share it with your artists community or support the community by designing infographics to explain IOTA.

As a gamer you can join the IOTA group on Steam and add the IOTA tag in your games.

Of course it is possible to contribute in advanced ways like building libraries in not yet supported languages like the IOTA.php project by Stefan Braun or participating in Hackathons like the team behind IdentiTree.

Everything counts as we are in this together. 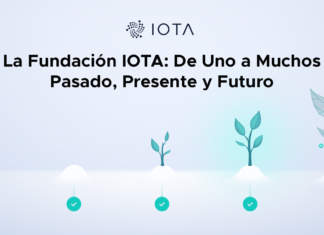 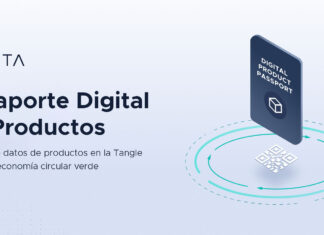 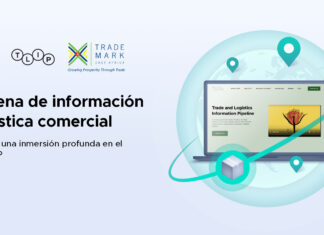