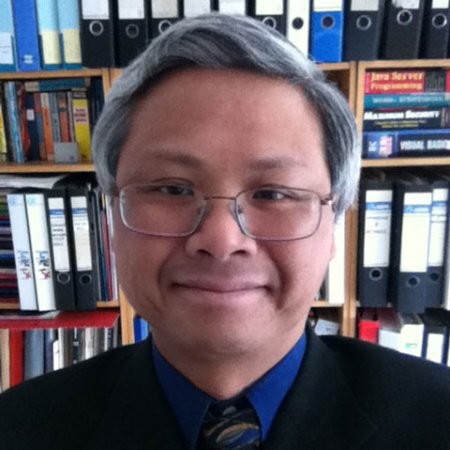 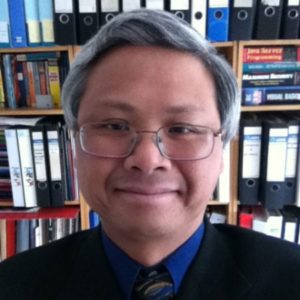 Robert has a lot of experience creating tutorials. This time he tells us some of his thoughts about IOTA. Take a moment and enjoy a few of his ideas, and don’t forget to visit his channel.

Tell us a little about your background

I have studied aircraft engineering and after my study, I have done my Dutch mandatory military service.
My first job was at Fokker Space & Systems where I worked on satellite subsystems as engineer.
During that time Internet was slowly growing and I saw potential in this technology so I switched career to become a software/web developer.
It was a hectic time! There was a huge demand for software developers and the company where I worked for grew from a few employees to more than 100 in 1.5 years time.
Later on, I have worked for many years as a software developer for a bank.
Just like many years ago I see history repeating itself, DLT is slowly growing and again I see huge potential in this technology.

When did you get involved in the DLT’s world? What was the first cryptocurrency you bought?

I think it was somewhere in 2014. A colleague was mining Bitcoin at that time and explained this technology to me and since then DLT caught my attention.
I only hold IOTAs.

What would you recommend to someone who wants to start developing with IOTA but doesn’t have programming skills?

If you have never programmed before, I would recommend learning JavaScript.
It is in the top 10 of the most in-demand programming languages.
Most IOTA libraries are written in JavaScript.

Are you working in some development related to Cryptos?

Professionally unfortunately not, but for my YouTube IOTA tutorials I am creating small PoCs which I demonstrate in my videos.
Creating these small PoCs, making the presentations and corresponding YouTube video takes a lot of time.

Why did you start with IOTA Tutorials, how do you manage to know about all that is going on?

In Oct 2017 I started with an IoT project which uses Ethereum, however, I realized that Ethereum was not the correct choice.
I was researching which DLT I can use for my IoT project. I visited the 1st Dutch IOTA meetup where Harm van den Brink demonstrated the first IOTA charging station. It was an eye-opener and I wanted to know more about IOTA.
There was not a lot a documentation available explaining this technology.
To learn IOTA faster I was applying the Feynman Technique. The Feynman Technique revolves around explaining a concept in simple language as if you were teaching it to someone else.
That is why I am making IOTA tutorials, to help me learn IOTA faster! By explaining one topic at a time, I slowly began to understand how it works.

You have a long experience in tutorial, which part of IOTA is hard to synthesize/explain?

I had a hard time explaining why you should not reuse an address for outgoing transaction and why bundle hash are normalized (IOTA tutorial 27).
My first attempt was with IOTA tutorial 6, but it has taken me 6 months before I finally understood it.
The reason why it has taken so long is because I first needed to understand other IOTA concepts first.
“You must learn to crawl before you can walk”

How do you understand deep concepts of Iota and Tangle?

Do you mean the IOTA whitepaper? I have a hard time understanding the whitepaper.
But seriously, kudos for those who can!
I am glad that IOTA engineers are taking the time to explain certain concepts, it has certainly helped me.
For example:
https://blog.iota.org/the-tangle-an-illustrated-introduction-4d5eae6fe8d4

What do you think of all the possible implementations with IOTA and Tangle? Which one is more remarkable?

I think the DataMarketPlace API (not public yet). It is Masked Authenticated Messaging with payment functionality (simplified explanation).
I have never worked with this API, but I think this implementation has huge potential. Unfortunately there is not a lot of information available. I am very curious about how many companies have shown interest in this implementation.

Do you believe we can see IOTA solutions in use cases in the near future?

If you mean with IOTA solutions in: “Masked Authenticated Messaging”, “Flash channels” and “Data Marketplace” than yes these solutions will appear in use cases in the near future.

What do you think about Lighting network solutions?

Lighting network solutions are great, an off-chain network where two parties can conduct high volume transactions with very low fees and the final transaction is settled on the main chain. There are use cases where you can apply this, for example clearing and settlement process between bank using Ethereum Raiden network.
Bitcoin recently started with a Lightning Network (LN) trial. I hope the trial will be successful and solves Bitcoin’s scalability problem.
As you can see I also support other cryptocurrencies. In my opinion, in the future there will be multiple cryptocurrencies each used in their specific niche.
IOTA also has its own Lighting Network implementation (early beta release) called Flash channels, just like Bitcoin’s LN an off-chain network is created where two parties can conduct high volume transactions.
But in IOTA’s case the transaction fees are not the issue (zero fees), but each transaction requires some PoW. By using Flash channels this overhead is significantly reduced.
If you want to know more check out: https://github.com/iotaledger/iota.flash.js/
Currently I am working on a IOTA Flash channel tutorial, hopefully I have the time to finish it soon.

As we can see, you understand basic concepts and very hard ones, what do you think about the future of Iota?

If IOTA Foundation can deliver what they promise then IOTA has a bright future ahead.
But ultimately it is the market which decides if they will adopt this technology.
It is therefore important that we (= IOTA Foundation, IOTA community, software developers, students, etc) demonstrate more PoCs using IOTA technology.

Is there something that you think is important that you want to tell us that we haven’t asked you?

If you want to support IOTA, write blogs, tutorials, make PoCs, participate in IOTA hackathons, etc.
Goto https://ecosystem.iota.org/ and share with the rest of the world what you have created, researched or developed.
I regularly visit the IOTA Ecosystem page to see what others have done, to get inspiration but also to learn from others.
There is still a lot I do not know.