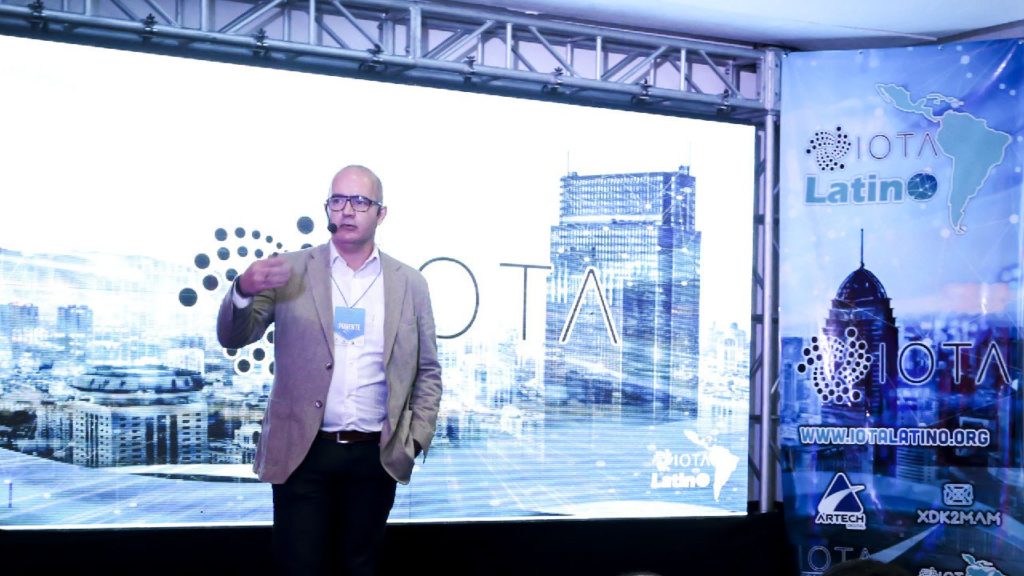 Last Saturday, December 1th, the second IOTA Latino Meetup was held in Valencia (Venezuela) hosted by Saul Ameliach and the precenses of Daniel De Michele and Alejandro Elustondo, founders of XDK2MAM. The event took place in the Hesperia WTC Hotel and had an amazing production, being the first one that had a live stream in spanish and english with a live translator.

This second Meetup represents one piece of a larger vision being held by IOTA Latino: to spread the word about IOTA over Venezuela and the Caribbean and start contributing to the ecosystem by developing proofs of concept and providing what will be the first IOTA nodes balanced cluster physically located in LATAM. 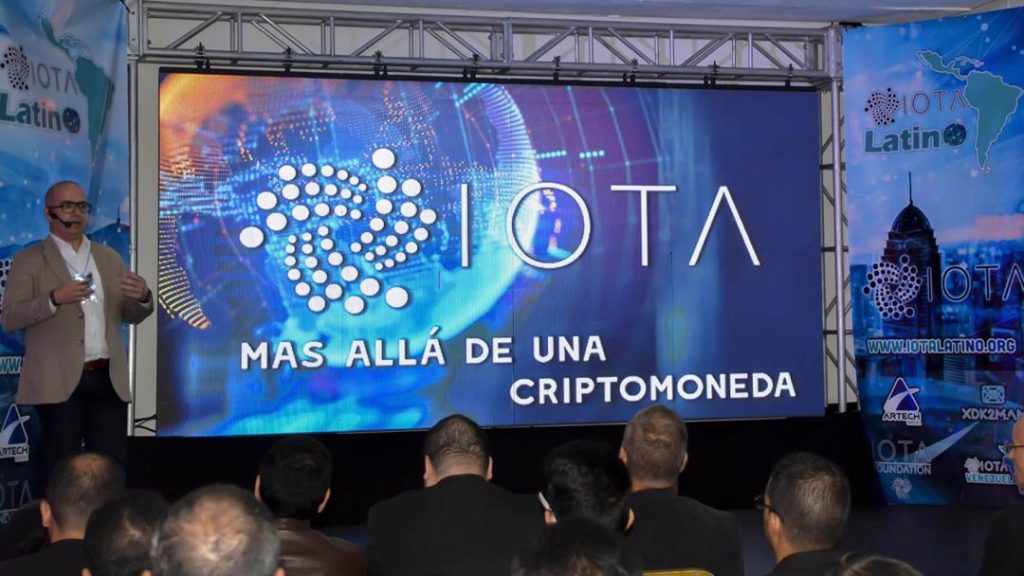 Saul Ameliach Orta opened the Meetup with a quick review of the IOTA Protocol basics for those that were approaching the technology for the first time and then moved to actual and future use cases that made clear in which ways IOTA is going to enable big things on the fields of mobility, secured identities and domotics.

He also explained the importance of start working together with other countries of the region and, at a local level, with the Government and Universities, inviting them to get in touch with IOTA Latino to build a network of knowlegde that will allow more implementations driven by this actors. 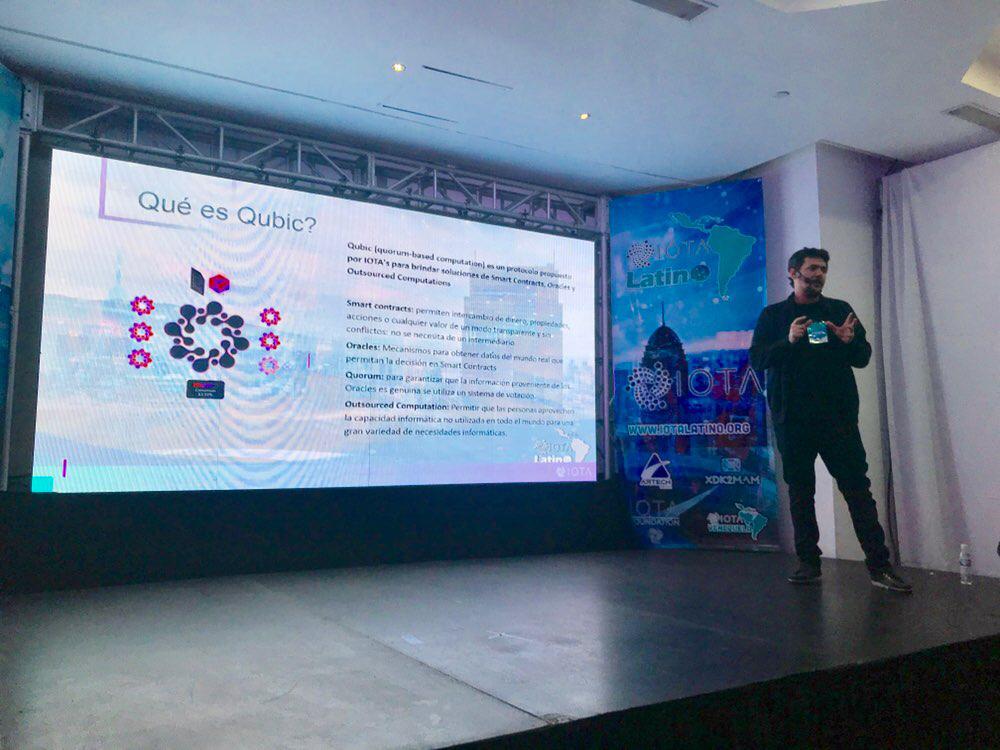 Daniel De Michele (RCL at Argentina and XDK2MAM Co-Founder) gave a talk about two key IOTA features: Masked Authenticated Messaging and Qubic. MAM is a very important second layer solution to send encrypted messages using Tangle transactions and is being heavily used. Daniel explained the fundamentals of MAM, how channels work and the different levels of privacy you can apply to them.

On the other hand, Qubic (the big Q) is being developed to allow Smart Contracts over IOTA, which implies free smart contracts executions as IOTA has no fees. Daniel explained what Qubic was about, going through Smart Contracts, Oracles, Outsourced Computation, the Quorum concept and illustrated the whole thing with an example of a qubic life cycle. 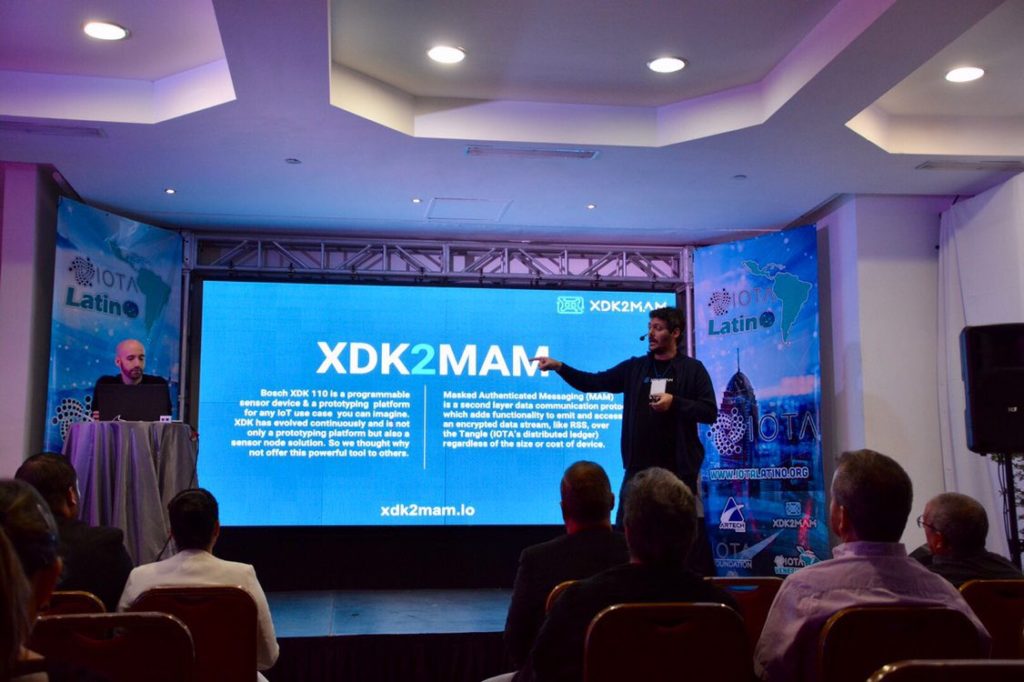 After a little break and lots of conversations, Alejandro Elustondo and Daniel De Michele (XDK2MAM Founders) gave a little demo on how to publish data to de IOTA Datamarketplace. They presented the Bosch XDK110 to the audience and explained what were the capabilities of the sensors node.

The demo consisted on a step by step process starting on the Github repo and going through all the instances needed to unbox your XDK110 and publish the data to the Datamarketplace. Many were really interested and left the Meetup considering to buy one to play with. 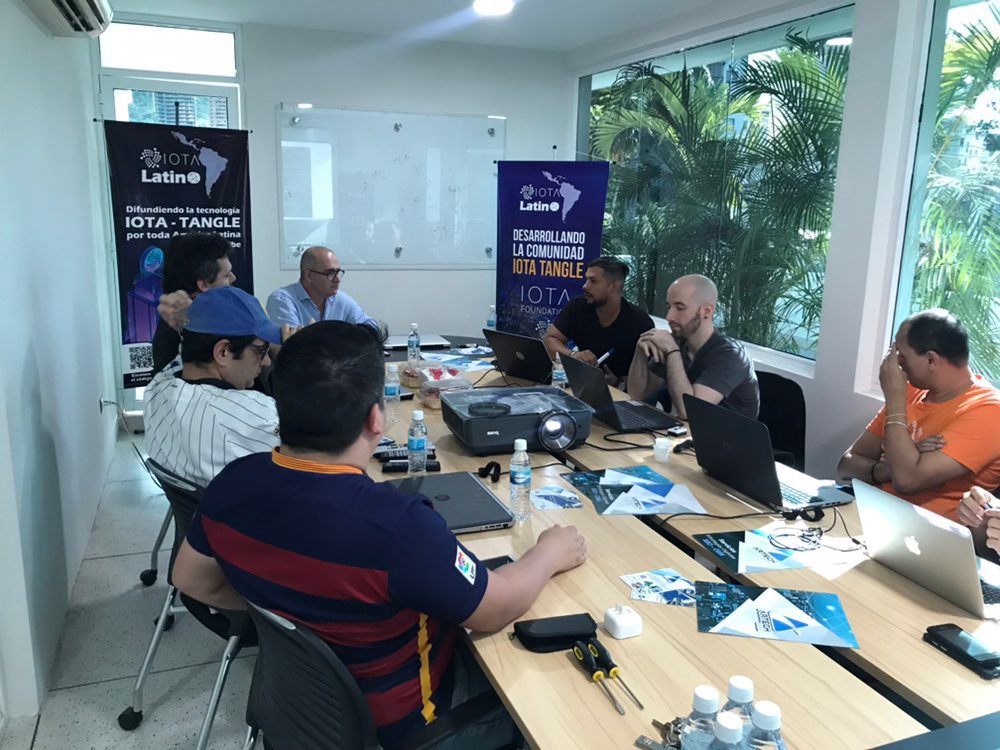 The day after the very succesful Meetup, De Michele and Elustondo went to the IOTA Latino Head Quarters to meet the developers team and brainstorm on a proof of work being conducted by IOTA Latino (details cannot be revealed yet!).

This was an incredible productive meeting: both teams exchanged experiences and reviewed a lot of code from various projects. Also, since IOTA Latino has its own datacenter, both teams starting to design what will be the first cluster of full nodes located in LATAM with a load balancer. This are amazing news and Nuriel Shem-Tov offered his help to build the structure on the existent servers. 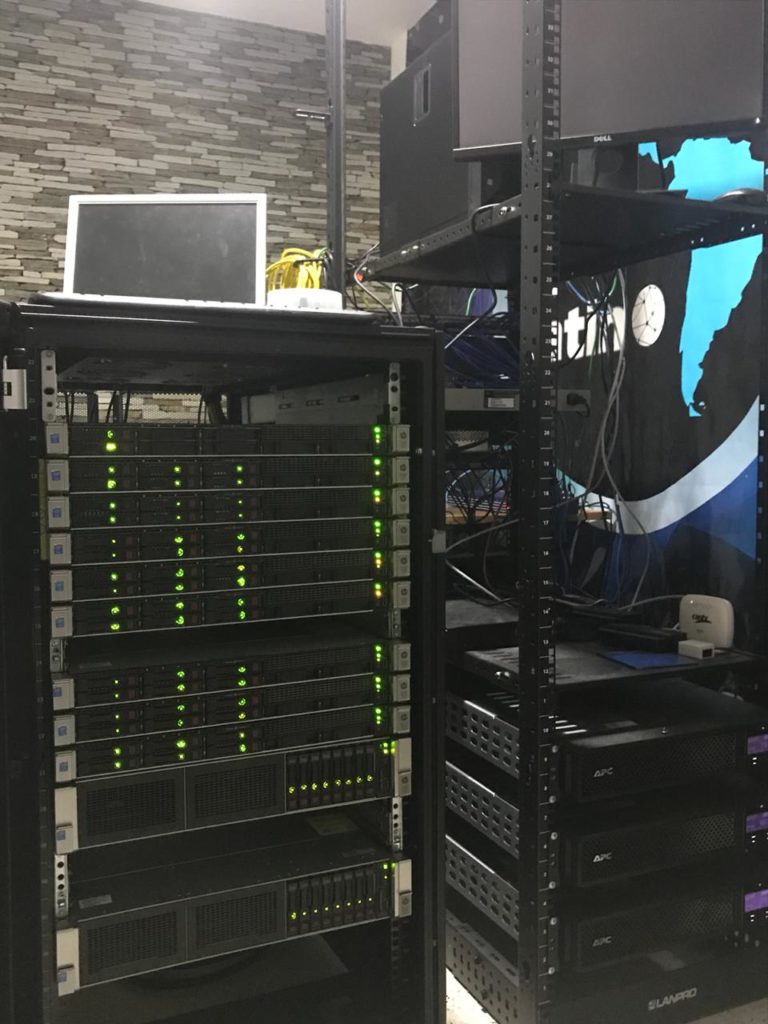 The work being done by IOTA Latino is as amazing as the enthusiasm they have put on IOTA. They are not only working to raise awareness but also trying to innovate by proposing very interesting proofs of work on the domotics field and considering to help the LATAM community with regional nodes. We could say that, after this Meetup and meetings, Argentina and Venezuela are now connected and will move forward together in many projects.

Daniel De Michele and Saul Ameliach opinions are aligned in that, this needs to flourish in other countries and they compromised themselves to work together to sum other players from the region in order to build a huge LATAM IOTA Cluster.